Afghan women and girls;  The forgotten victims of violence

The victims of violence are usually women and children.  After dozens of wars and violence in Afghanistan, its negative and harmful consequences have affected the country’s society-building stratum.  Women and children are the most vulnerable groups who are victims of accidents and incidents.  Affected by violence and war, Afghan women live in a critical state of life and have been introduced as a symbol affected by violence.

Women and girls in Afghanistan have been victims of gender-based violence, and they suffer from mental illnesses and problems caused by these phenomena with a lot of mental deficiencies.  This violence is rooted in gender inequality, patriarchal culture and social beliefs.  Society uses gender violence as the most important means of controlling women.  But this society is originally built by men;  The society is incomplete, closed and backward.  The use of this type of violence and this type of discriminatory and unequal view throughout history has caused weakness, incapacity, and disbelief on women, which has also resulted in destructive mental and psychological effects on the victimized women.

It is about forgetting the victims of violence in Afghanistan.  But in the first step;  The dissemination of images and reports of victims of war and violence is reflected in the society only for the purpose of awareness and how to deal with them.  This action is acceptable, but other aspects of these events are also shocking.  The incident did not end here, but it is just the beginning of a lasting disaster for those victims who have been left to the wind of oblivion.  Besides that;  There are other victims that the media usually pay less attention to and therefore remain unknown and anonymous;  They are people who are directly or indirectly harmed by violence and suffer from mental illnesses and disorders.
Several years of violence and recent developments in the country, which took place due to different factors, have left great and lasting damages on the health and psyche of the people of this country, especially women.  The activities of the Taliban have been violent since the past and have played a significant role in causing violence to women and girls.  Taliban are considered as real representatives of violence against women.  in the performance of the caretaker government of the Taliban;  Women have been separated from the context of society and isolated.  The Taliban have targeted this exact point so that they can put pressure on the international community to achieve their demands.  The results of these efforts need to be discussed separately, but how can Afghan women and girls bear this pain?  How long will the abnormal consequences of silence and irresponsibility of the international community and the forgetting of the victims continue?
Afghan women and girls, who had achieved some freedom and growth in the last two decades, are now bankrupt and isolated again.  They are breathing hard behind the prison windows of deprivation and restriction.  Afghan women look worried and depressed, hopeless and desperate for the future.  Concerns are intensified and they look at every promise with disbelief.
By wasting an academic year, girls are deprived of the gift of education and knowledge, and with each passing day, they are further away from the learning stage.  Being left behind from this caravan and other people of the same sex and age who are busy learning knowledge in all corners of the world is a cause for concern.  This situation is actually the most obvious type of violence that has been done against girls.  Its destructive effects are examples of mental violence due to its wide scale.  Its effects always remain with the victims of this violence and haunt their souls for a long time.
Lately, as much as the reports are presented and described, not very effective practical measures have been taken in order to prevent and reduce it.
It can be acknowledged that violence against women has always been one of the components of the modern era and the most important concern for human rights defenders.  Many international conferences have been held around this issue and a global declaration on the elimination of violence against women has been drafted to defend and protect the rights of women who are victims of violence.
In addition to the above measures;  To deal with this type of violence, it requires the development of scientific, cultural and political mechanisms in the field of supporting women who are victims of violence.  Also, practical preventive measures in the framework of civil, national and international institutions to review the rules are considered as support obligations.  The human rights framework is used to evaluate the performance of criminal courts in solving crimes against women and to observe fair principles in the courts as the most important way to protect women who have been harmed in order to investigate violence and its adverse effects.
As the speaker of women who are victims of violence and forgotten, we call on the international community, the United Nations and human rights advocates not to be satisfied with meetings that are merely reports, but to prevent a humanitarian disaster in Afghanistan with practical and appropriate measures.
The writer, Aisha , women’s and children’s rights activist. 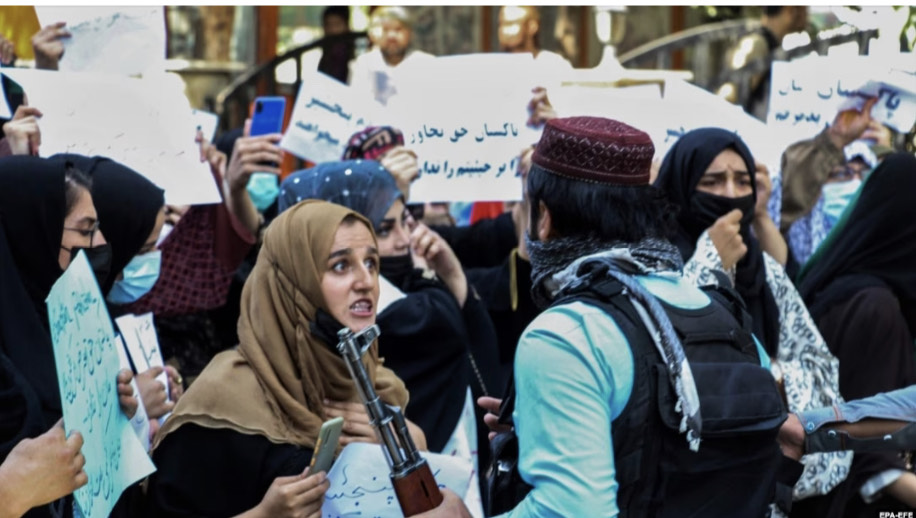